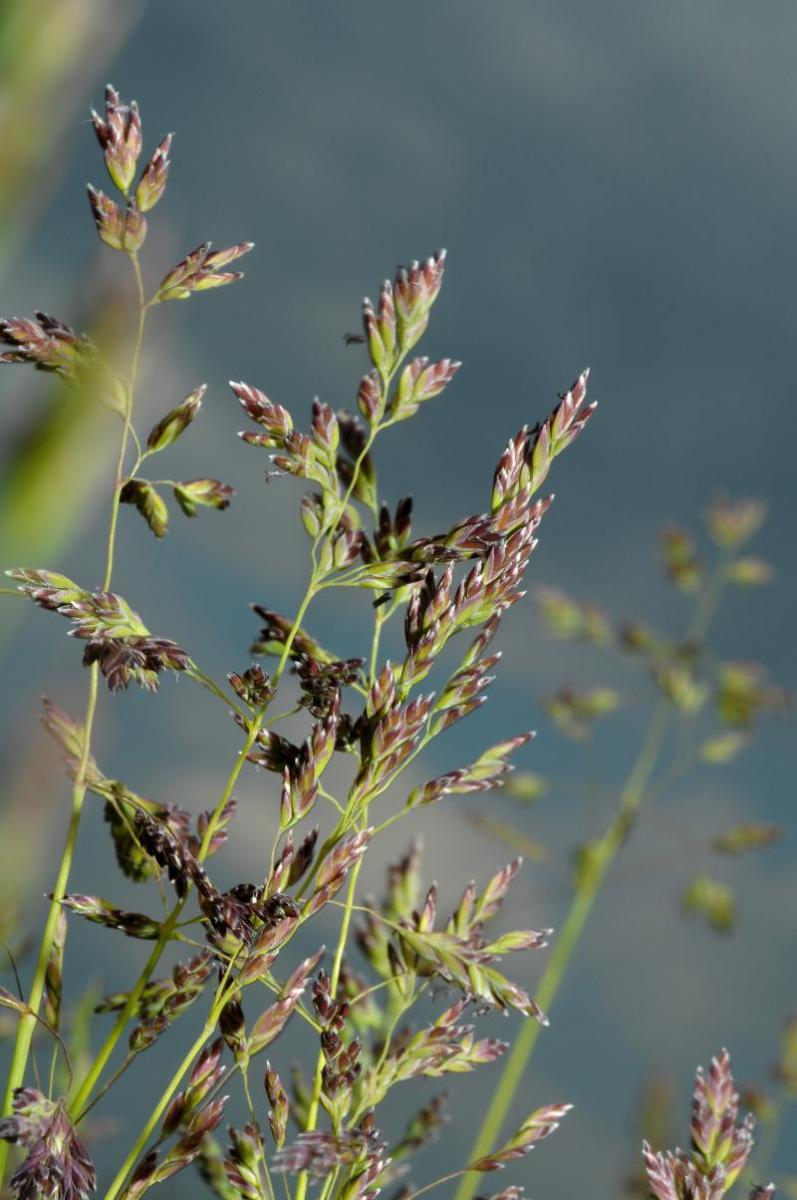 The most common allergens include:

Pollens are suspended in the air on sunny and warm days, they can be carried by the wind over several kilometers. The amount of pollen ion the atmosphere is lower on rainy days as well as on cold and humid days.

Tree pollen which can trigger allergies include:

Their pollination period is spread over several months (from March to September in the Northern hemisphere) and varies from one species to another.

The Poaceae (grass) family includes more than 12,000 différent species. Grasses are found in gardens, lawns, forests as well as on water or on rocks. Even a tiny concentration of grass pollen is enough to trigger an allergic reaction.

Fodder and cereal grasses which can trigger allergies include: dactylic (cocksfoot or orchard grass), timothy, sweet vernal, ryegrass and bluegrass. In the Northern hemisphere their pollination period extends from March to September with peaks in May, June and July.

Species from the herbaceous family have soft and supple stems. Their seeds, which are small and light, can remain suspended in the atmosphere for a long period of time and can be carried over long distances.

Herbaceous weeds which can trigger an allergic reaction include: mugwort, nettle, lamb’s quarters, ragweed, sage, Russian thistle… Aromatic plants such as lemongrass, tarragon, and wormwood are part of the same family (Asteraceae).

Their pollination season in the Northern hemisphere goes from March to September with peaks in July, August and September.

House dust mites, which are part of the spider family, measure between 0.2-0.4mm and are present in all households where they tend to be more numerous in bedding, upholstery, carpets, etc.

House dust mites are one of the major causes of allergic rhinitis with symptoms such as congestion, sneezing, a dry cough or bronchitis which can lead to asthma. House dust mite allergies are perennial.

Allergies to cats are the most common type of allergy to dander and represent two thirds of allergies to pets. Contrary to common belief, what triggers an allergy isn’t pet hair but a substance (Fel d 1) found on the pet’s fur.

This protein (or allergen) is produced by the skin of felines and is also present in their saliva, urine, tears and dander.

Mould is composed of microscopic fungi that are present in the environment. Fungi can be found both indoors in damp areas (bathroom, kitchen, etc.) and outdoors (fallen leaves, compost, grasses, etc.). The spores released by the fungi can be carried by wind and dew. Mold can also develop on foods (bread, cheese, fruit and vegetables).

The microscopic size of fungi spores, which ranges from 3 to 10µm), enables them to easily penetrate the respiratory tract.

Mould can trigger respiratory allergies, both on a seasonal and perennial basis, such as allergic rhinitis, conjunctivitis and asthma.

The most common moulds which trigger allergic reactions are:

-    penicillium and cladosporium (which are present outdoors but predominant indoors)

-    aspergillus: a type of mold which can trigger immediate reactions (sneezing, cough, skin rash) as well as more critical reactions such as pulmonary aspergillosis (pulmonary disease)

This link will take you to a website to which our Privacy Policy does not apply. Stallergenes Greer has no control over the contents of these sites or resources, and accepts no liability or responsibility for them or for any loss or damage that may arise from your use of them.